In honor of Veteran’s Day, here are a few pictures.

🇺🇸The first picture is my Bootcamp graduation, I’m standing next to Medford, she was my battle buddy in basic training. I was 18 years old, 23 years ago. What I remember most about basic training is the smells and being physically and emotionally exhausted for 6 of the 8 weeks. Who knew that’s proper training for Ultra Running and life.

🇺🇸 The 3rd picture is my locker, I’m not a tidy person, especially at 18 years old. It’s a struggle now to keep the dishes done. So keeping the locker like this was a BIG challenge, and I often got in trouble for it being messy.

🇺🇸The 4th picture is one of my Army boyfriends, John, I almost married this one, but life took us in different directions. This picture was taken just after he was promoted to E5. I got to pin his rank on, later he went off to Officer Candidate School and successfully completed the training.

🇺🇸The 6th picture was taken when I had the bright idea with  Sandra that we should march to the Veterans home in Barstow without training, 50 miles, it was horrible, but we got it done. Maybe with one short ride in the truck. I’ll add many of the infantrymen called their wives and went home , not me, I have to finish what I started even if it isn’t pretty, and it was not! I can’t believe I run 50 miles now with no problem after that experience.

🇺🇸The last two pictures were taken while at my first duty station in Germany. If I remember correctly, there was one slot to promote a private (E2) to a private first class (E3), and I was selected to compete for this. We had to study the soldier handbook and go in front of a board and answer questions. Funny enough, that room is etched in my mind 22 years later. Long story short, I won! WOOHOO! In the image, Sgt. Brown is pinning the E3 rank on me in the motor pool, in between lunch and dinner. I was a cook, so we had minimal downtime. The following picture is of me completing my required push-ups for the rank!

🇺🇸Although I counted down the days until I ETS, being in the Army remains one of my proudest accomplishments. I worked harder than I have ever worked in my life. I learned how to struggle and keep going even when I didn’t want to. I met some wonderful people and traveled to some fantastic places. I found confidence. I learned how to work as a team and to always take care of your people.

🇺🇸The Army taught me I can do anything I put my mind too.
I always say the Army was some of the best and worst times all rolled up together; however, I do it all over again, wouldn’t change one moment.

I love Veteran’s Day ❣️, when people say,
Thank you for your Service, I want to say Thank You for Giving Me LIFE. 💫 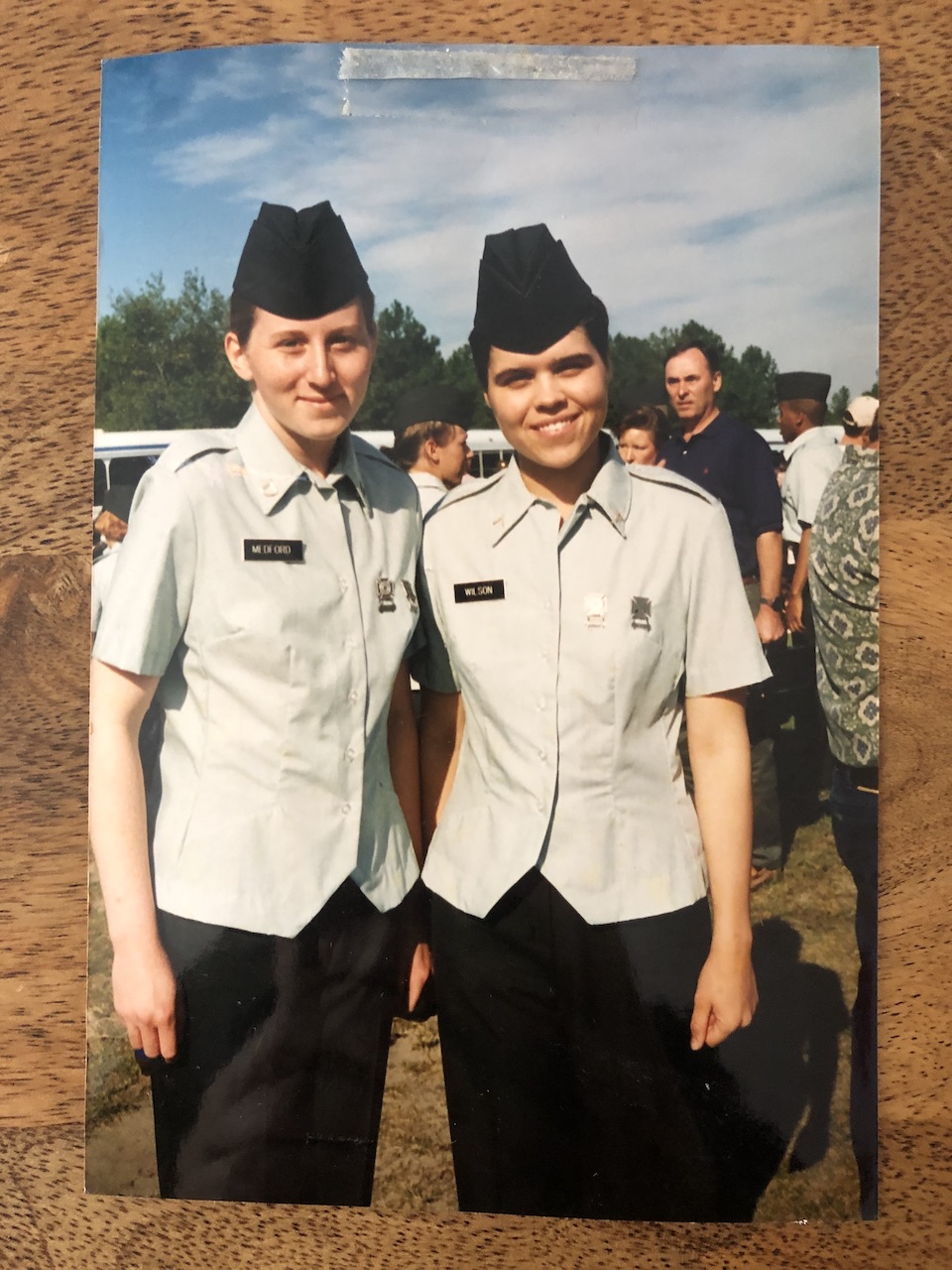 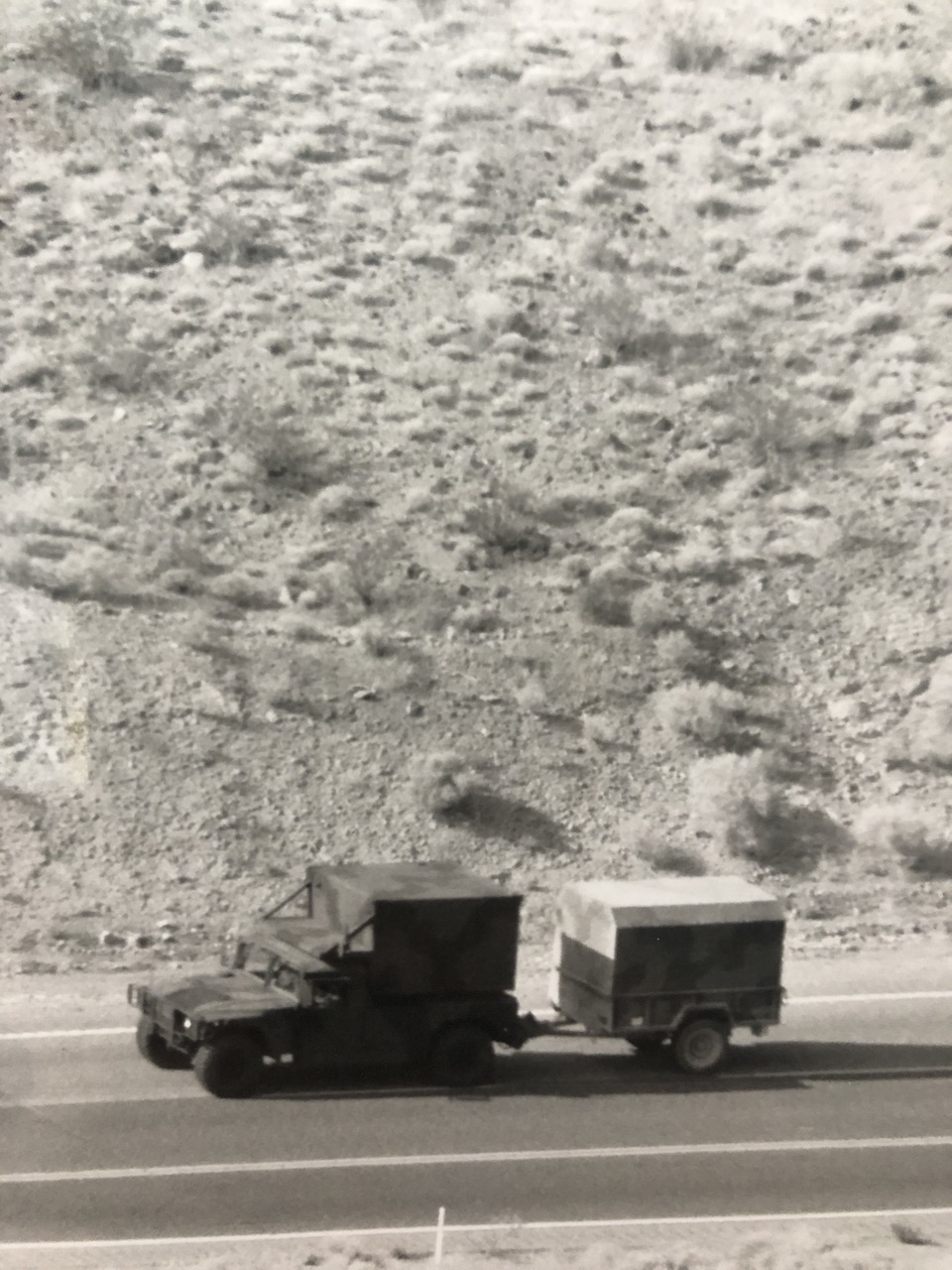 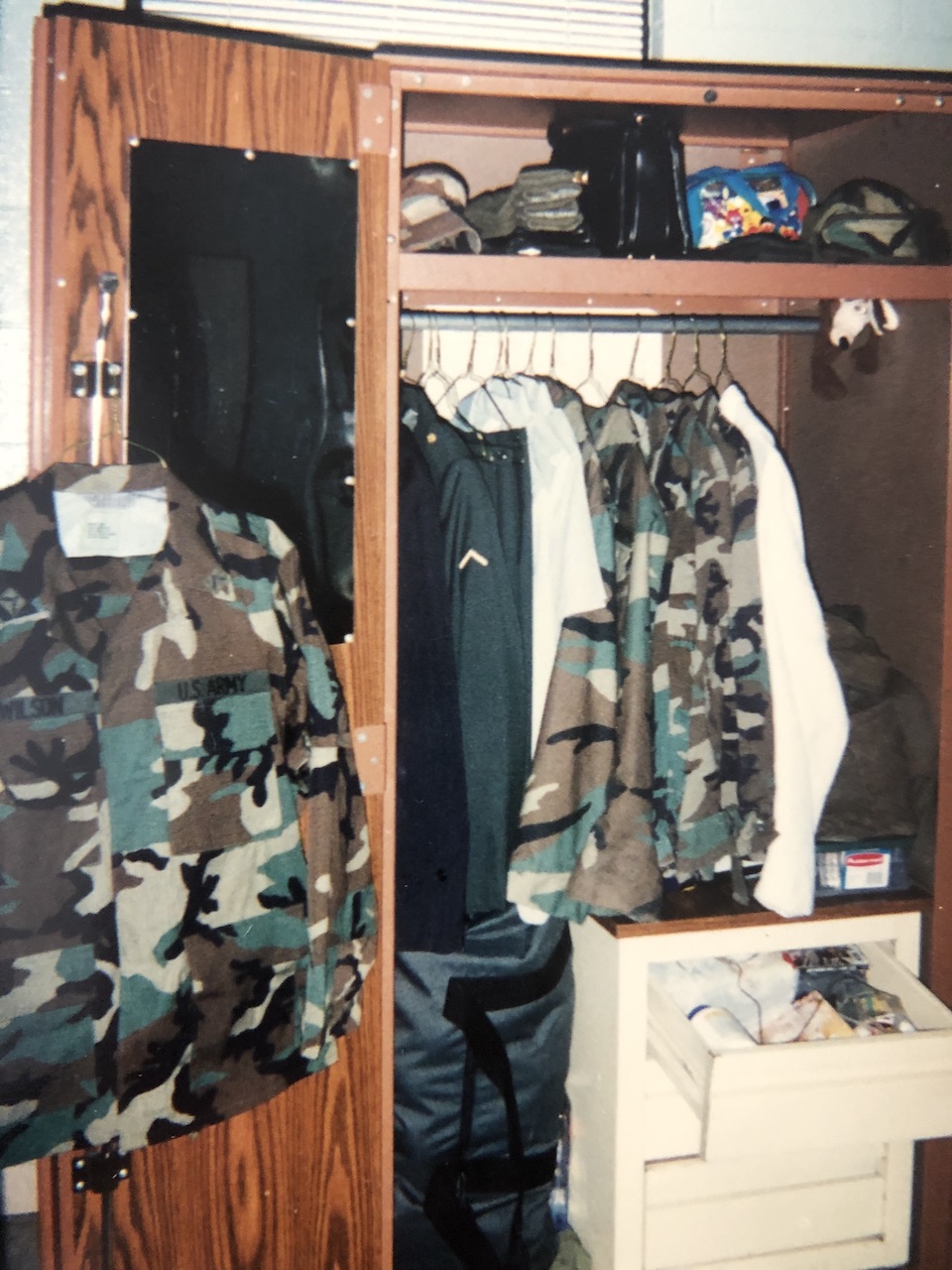 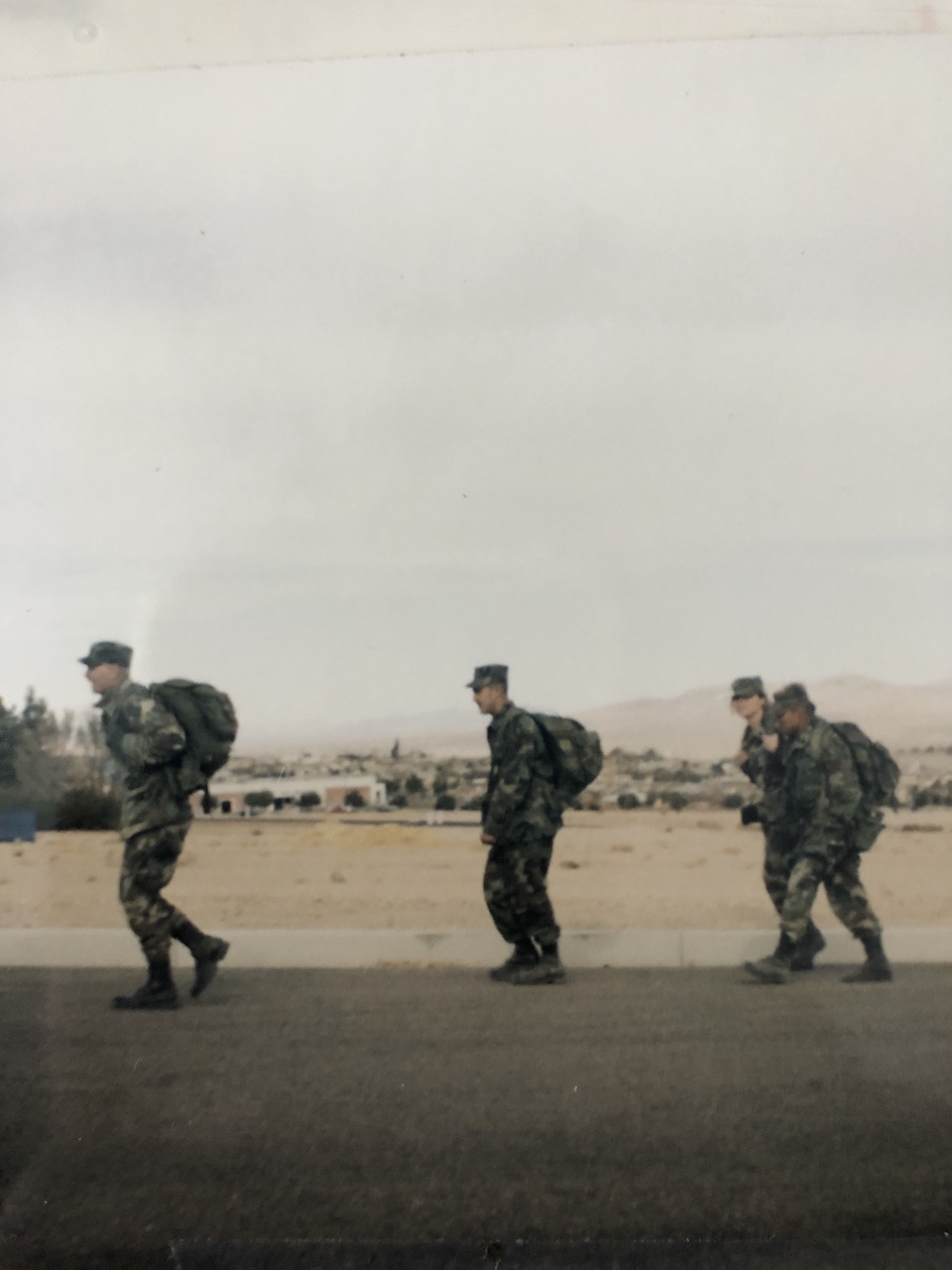 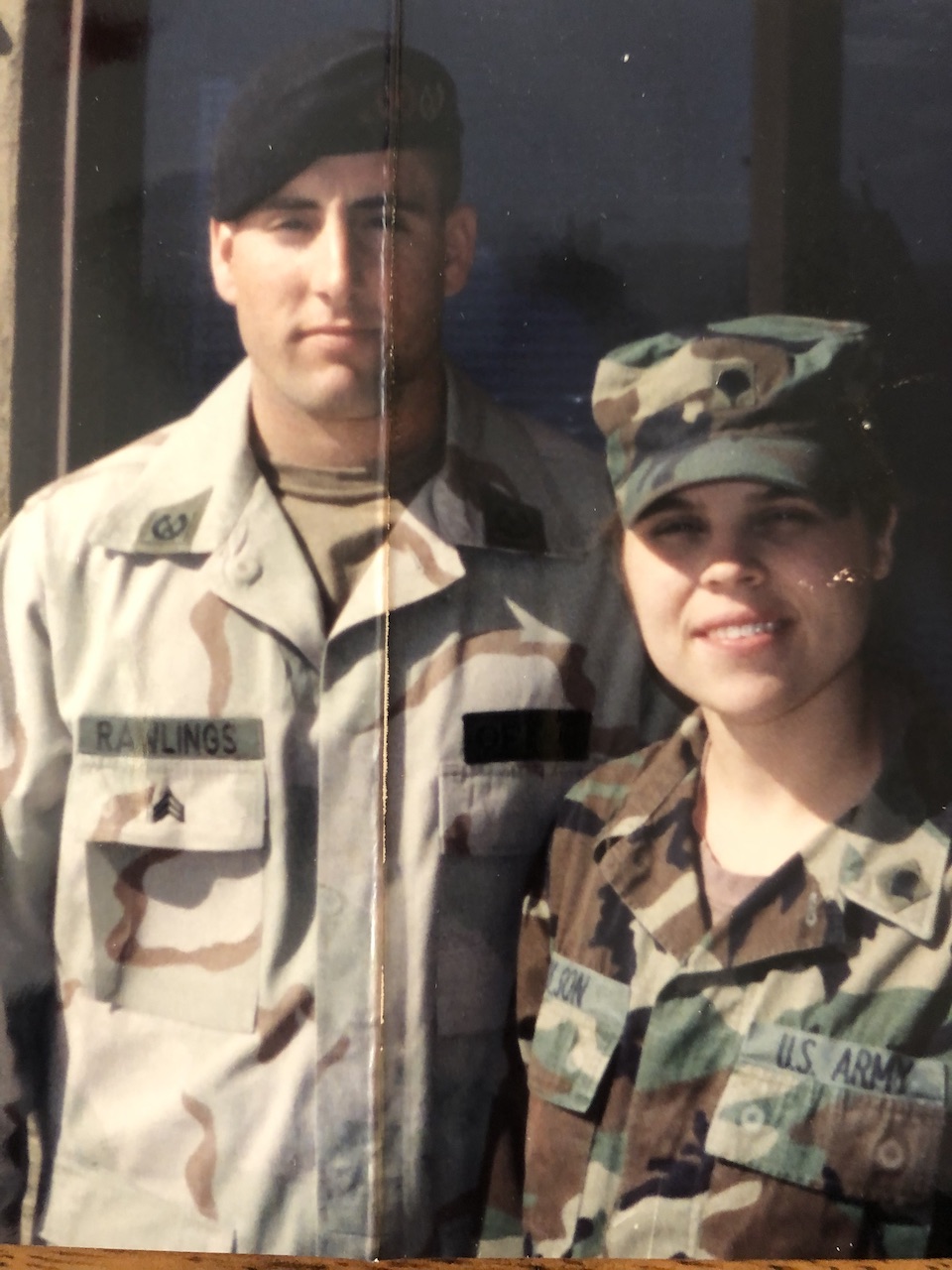 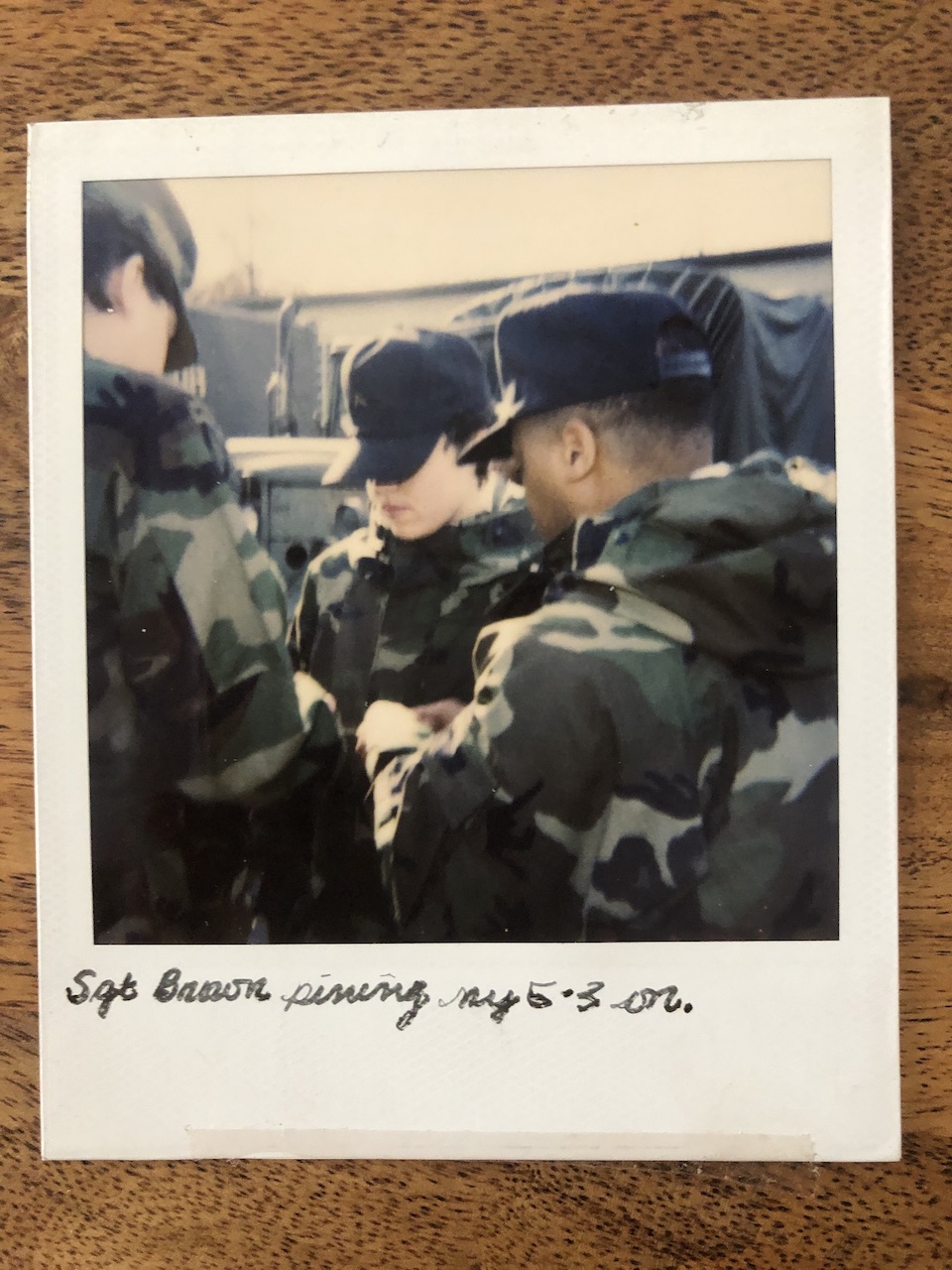 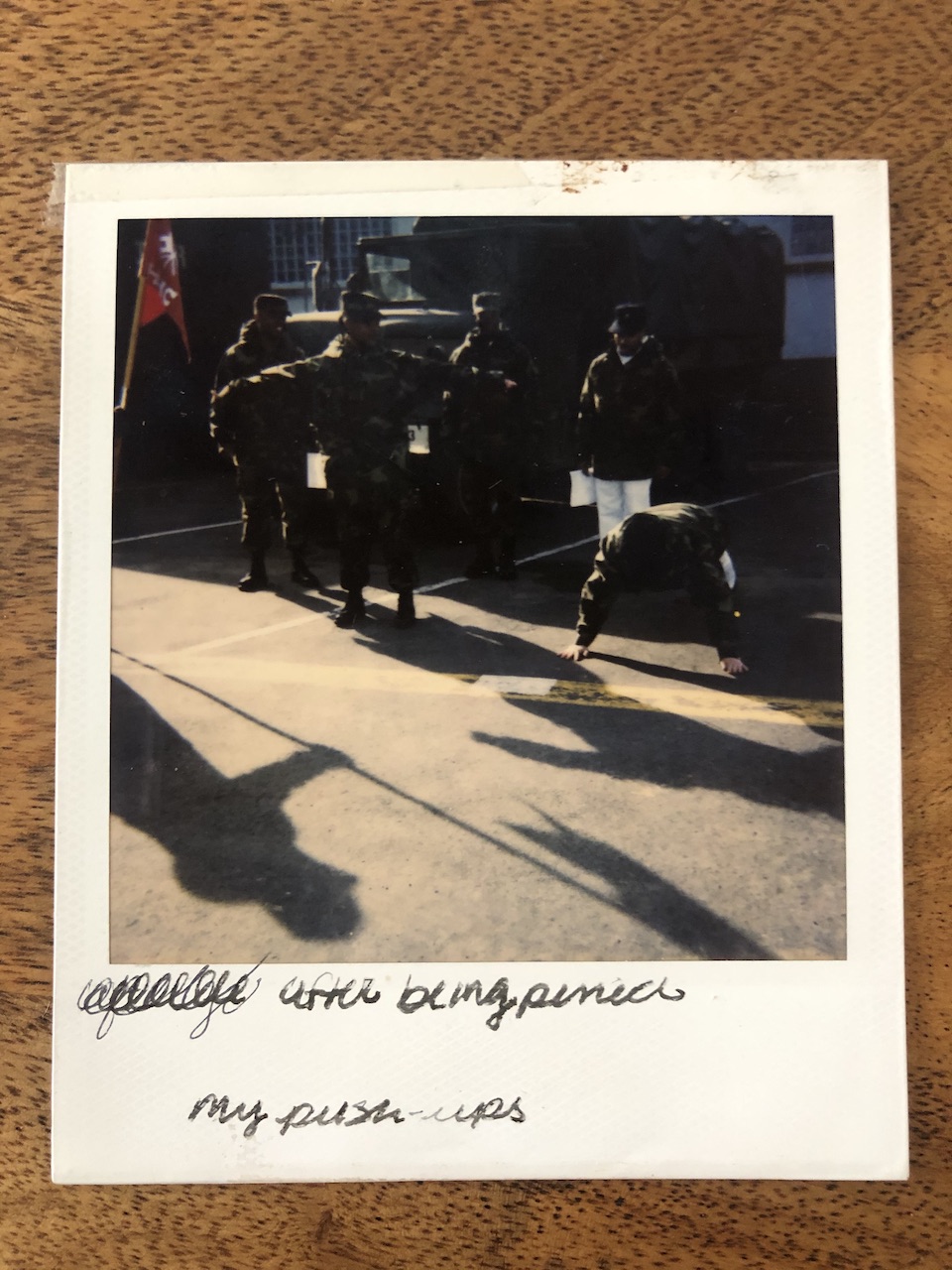